I am hoping for nice weather.


Two years ago I bought my older brothers motorcycle. The deal was that he could buy it back anytime he wanted to, and at the same price more or less.

He had an idea that he wanted to try a Honda Africa Twin instead of his Moto Guzzi. The Honda never really caught on, so he sold that after only riding it for about a month or so. I called him and reminded him that he could get his old bike back - so the bike went back to him again.

Now he has bought himself a Yamaha SR 500, and he seems to be pleased with it. He lives in a city, so an upright sitting position and a bike that is a bit shorter geared is better suited for his commuting than a 1978 Moto Guzzi Le Mans II (There is a Le Mans I fairing on it).
I on the other hand thrive with a bike that requires a crouched riding position, can do 50 mph in 1st gear and feel as stiff as a railroad sleeper to sit on.
So I have yet again bought it from him.

This time I am going to put in a new set of piston rings in it, because it spills out oil like crazy. It is a common thing for old Guzzis to do that since a lot of them were born without air filters, and instead they just had an open intake with a small mesh screen to sift out birds and stray cats etc.

Hopefully the weather cooperates, cause good motorcycle weather is also good weather for working on the small barn at the summer house. 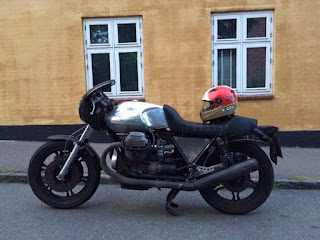 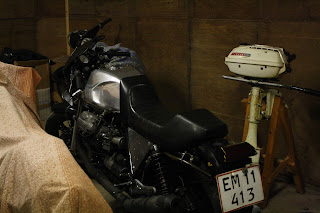 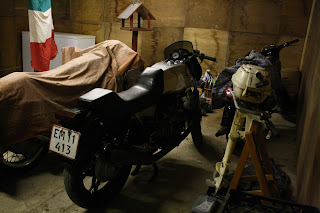 Not ideal for city driving, but for small roads it is perfect. 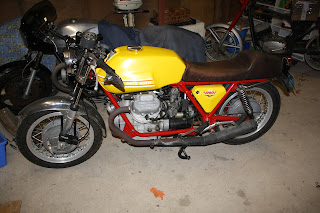 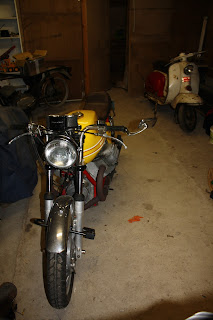 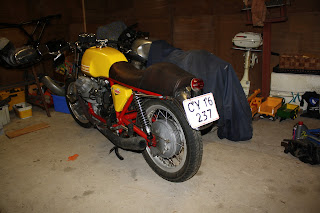 Something this beautiful has to come from Italy.