Gerstner inspired tool chest, a planing stop that will smash your hand.

After yesterday's hard work re sawing the boards, I was looking forward to getting in the shop today because I expected that planing the boards would be a piece of cake.

The first board did indeed live up to those expectations, no tear out and a nice looking surface emerged after a little bit of planing.

The following boards didn't cooperate to the same extent to say the least. One of the re sawn boards had grain that came from all directions and I couldn't make a nice looking surface. Most of them, were OK though, they would change direction on one third of the board which meant that I had to rotate the work a bit to get a decent surface.

The wood was pretty hard to plane, and it was a joy when I finally decided to tackle the spruce for the bottoms of the drawers.
Two of the spruce pieces were a walk in the park, but the other two had so large knots that I couldn't deal with them. I actually expected that, but I had tried to tell myself that it would be OK. I guess I lied.
This means that at some point I need to re saw another piece of a pallet side, to make two more bottoms, but I'll leave that for now.

After making the boards almost the same thickness I ripped them to the correct width. I was just able to make fronts and sides of the wood I had prepared. Once I start plowing grooves for the bottoms, I can determine what the size of the back should be.
Some of the boars I made today were only planed on one side. Partly because I didn't want to spend more time than necessary, and partly because the plan is to line all the drawers with some green felt once they are all done. I feel like it would be a wast of my energy to try to produce a perfect surface for something that will be hidden away.

My biggest problem concerning planing is that I smash my hand into the wall quite often. This is not because I get angry or trips or anything like that.
No, the problem is that my planing stop is a small piece of wood that rests against the wall in the workshop. The workbench is pretty small, so there is a limit to how long I can make the planing stop. If it is too long, I can't stand behind the plane which isn't good either. The best compromise is a board of approximately 8" length, This means that at the end of my planing stroke, when the blade leaves the board I have 4" left to stop my hand before hitting the wall.
It is especially hard when I am using the scrub plane and need to put some weight behind the plane.
I have tried to pack a bunch of shavings against the wall to act as a cushion for my hand, but sometimes the shavings fall down, and I am back where it hurts.
This all make me long for my workbench at home.. 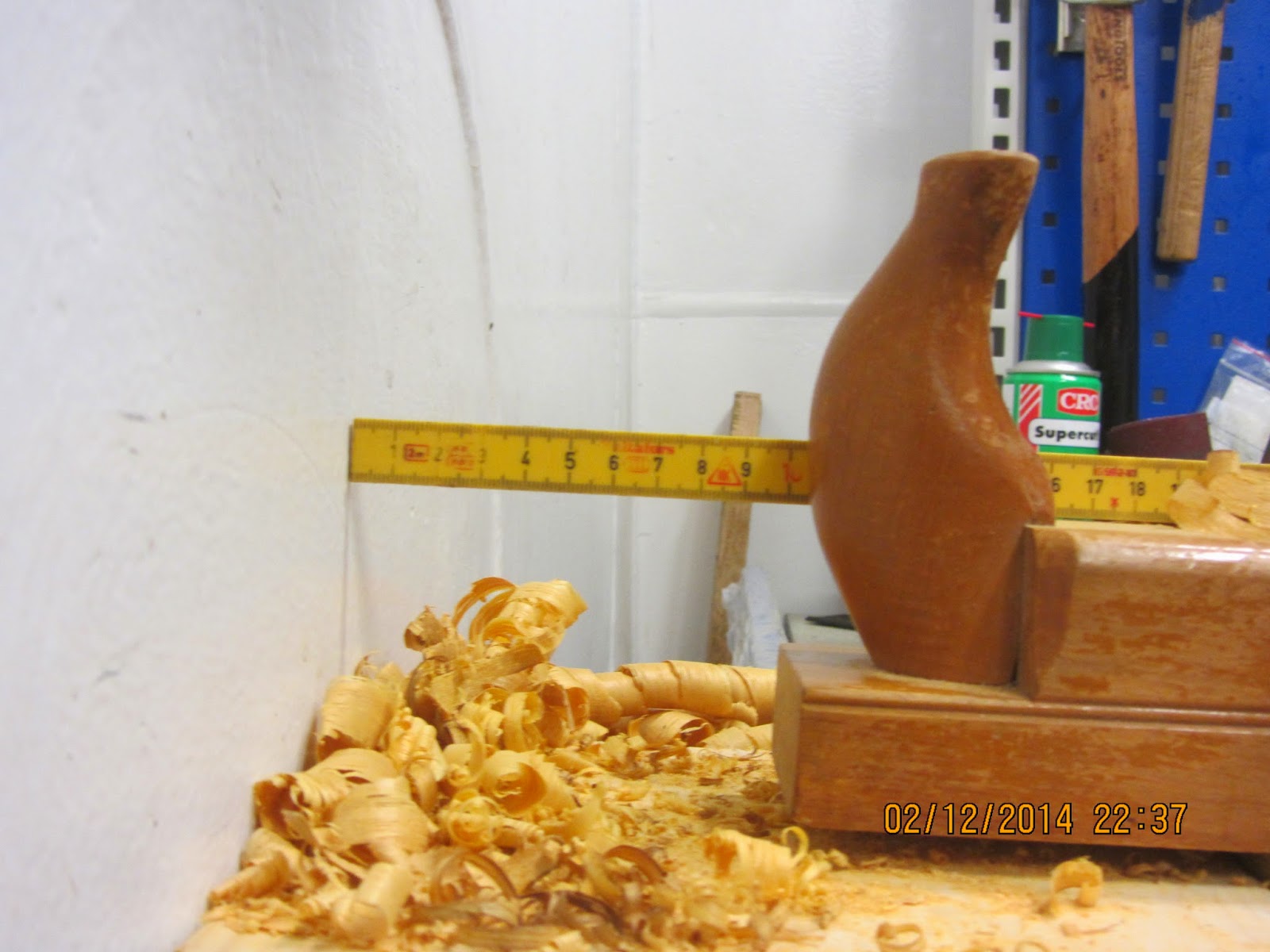 The position of the plane when the blade stops cutting. 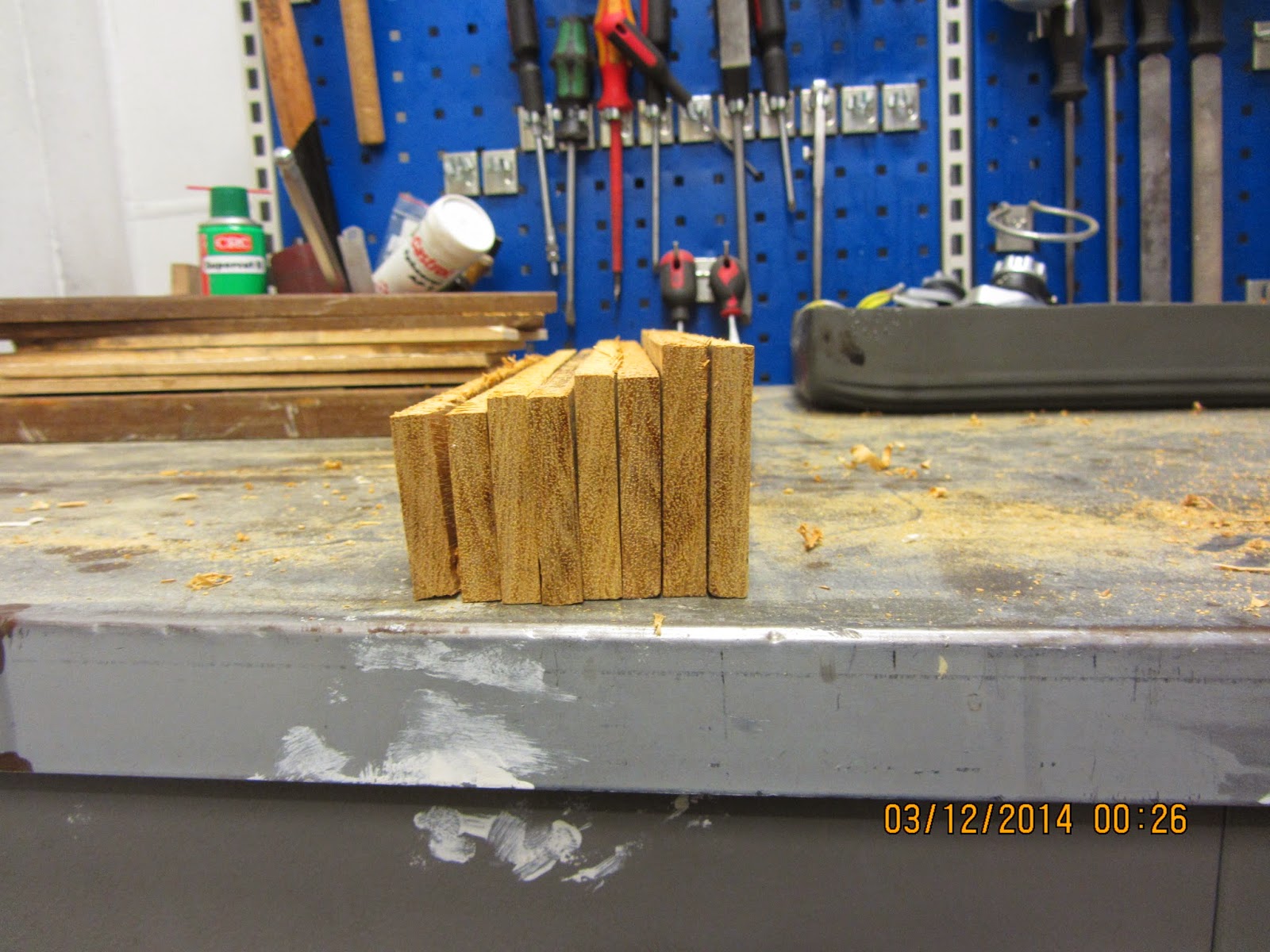 The graduated height of the drawer stock.