It is not a secret that I like to turn stuff on a metal lathe. On my first voyage with the Lehmkuhl, I made a large marlinspike just to test out one special way of making cones.
The marlinspike was well received by the deck department, and I ended up making a couple of smaller ones later on that year.

I have great difficulties saying NO to a Newfoundland dog and to young people wanting to learn from me. So when I signed on this time and almost all of our volunteers asked me if I would teach them how to make a marlinspike I replied that I'd be happy to.

Making a marlinspike is a fine little project. There are different processes that involves different tools, and you can leave the project for some time and pick it up again later without any issues.
The turning teaches people a basic understanding of the lathe and how to use it. The surface is improved by a file and by sandpaper before it is hardened.
Some sort of head or handle is dealt with next, and finally everything is polished using some fine emery paper.
One of the volunteers asked if I could also help him make a sheath for the marlinspike, which I was happy to help him with. Soon after, a couple more of them wanted to do that too. Then one guy wanted to make a sheath for his knife to match the marlinspike sheath, and another one jumped on the same idea. So I have spent a great deal of time helping and instructing in leather work and metalwork this time.

An interesting thing was to see how they each had ideas as how they wanted the head/handle made. So each has his own very distinct marlinspike.
So far we have made heads from leather, wood, laminated wood, copper & brass and steel.
Most of the marlinspikes have been around 10" long, so they work well as personal tools that can be brought with them into the rigging. A couple of them have been 13-14" and a bit beefier, intended to be used at the deck mainly for splicing wire.

A great thing about all the projects is that people have all been incredibly proud upon completion, and they have each succeeded in making a functioning tool that they can use for the rest of their career. And I am happy because I think that I may have planted a small seed of making in each and everyone of them. 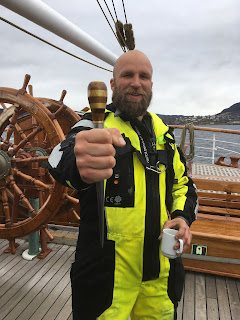 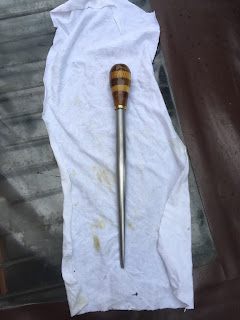 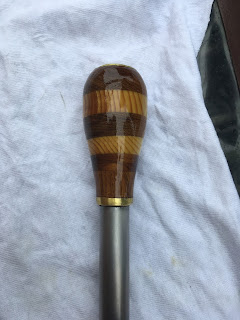 Wood from various ships he has worked on 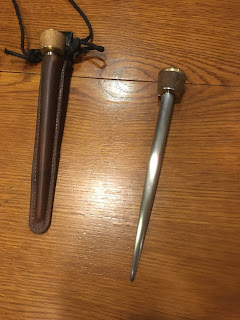 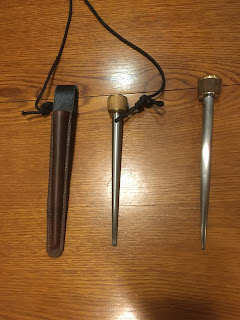 Laurids' sheath for the marlinspike 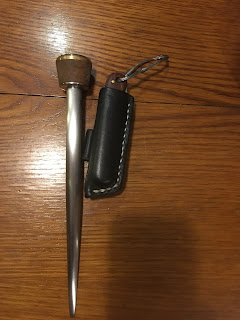 Simon has made a sheath for his pocket knife 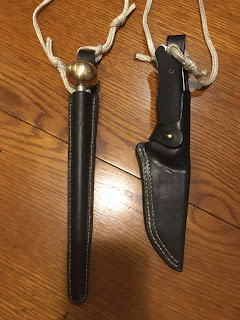 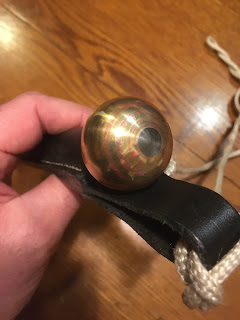 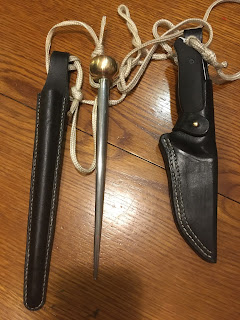 Nice work for someone new to leather working.
Posted by Jonas Jensen at 12:10 PM