After completing the much too large and complicated glue up, I made a jig so I could mark out the legs in the correct length so the seat height would be 24" instead of 30 something.

I turned a foot operated lever out of some sycamore that was left over from an earlier chair building extravaganza, and though the plans suggest a plain square piece of wood, I thought that it would look nice with a turned lever.

Last time on board, I had made some hardware just in case that I would find the time to build this very project, Making the hardware itself was not a big deal. I think that realistic I used maybe one and a half hours in total on making a set consisting of a toothed part, a catch to engage the toothed part and finally a U shaped piece to hold the end of the lever.

I used a chisel and a spokeshave to chamfer all the legs and stretchers, and finally it was sanded to grit 180. Before applying a finish, I stamped my Newf & Gambrel logo onto the underside of the seat, and chiselled MMXXI which felt nice to be able to do after not having made anything for so long.

The instructions suggest that you give the stitching horse a coat of shellac, so that's what I did. Actually I gave it two coats. Between the coats and after the final coat, I rubbed the surface with steel wool. As a final touch I gave it all a coating of Mel's Wax made by Don Williams. This stuff is really excellent!

Now I just need to find a leatherwork project that will benefit from me having my own stitching horse (or I could try to sell it). 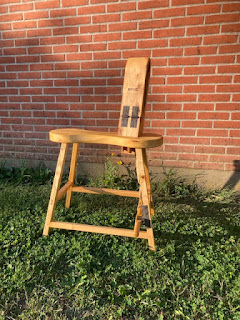 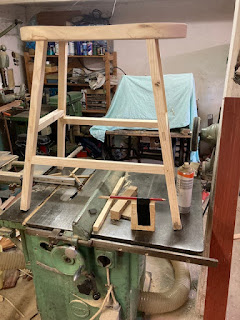 Marking jig for length of legs 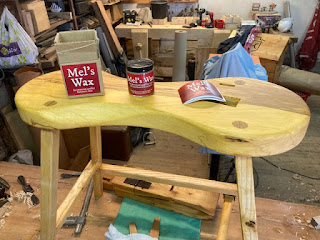 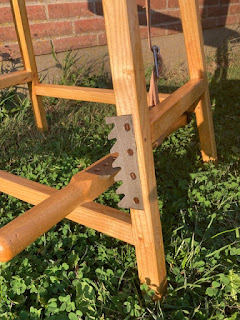 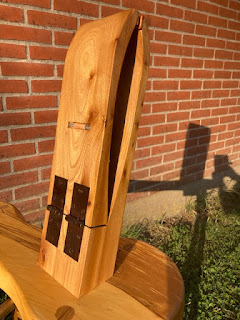 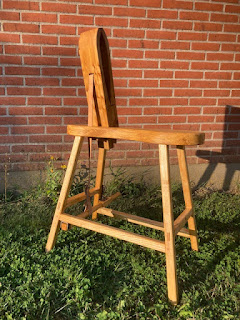 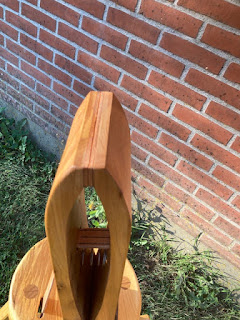 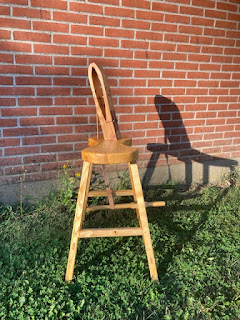 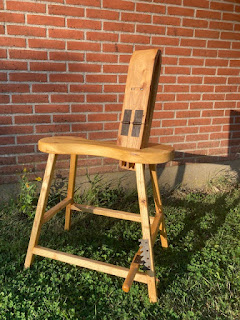 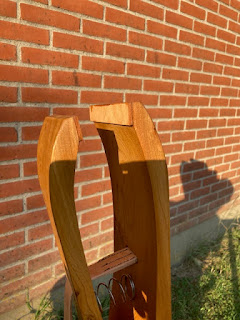 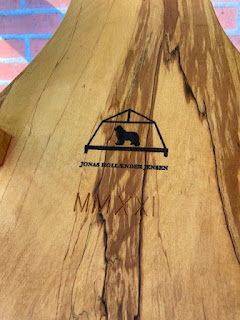 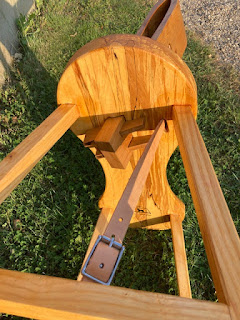 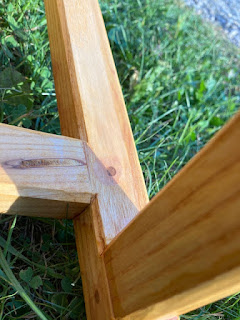