Last time I was on the ship I started a Gerstner inspired tool chest. I never made any blog entries about it due to our Internet connection which was incredibly bad to say the least.

The idea was to make a pallet wood build of something that would feature a Gerstner like front. I managed to restrain myself from planning too many drawers, so it is just a rather small chest with 4 drawers. Nothing too fancy.

I used some stack-able pallet sides for material. It is spruce and has a nice width to it. It also isn't too thick, so I could dress the thickness just using my scrub plane. It is a huge advantage not having to re-saw wide stock.

The frame is assembled with through dovetails in the corners, and the back is inserted in a groove.

I made the front dovetails mitered because I think it looks better that way on a piece like this. Already now I think the sides look a little clumsy, so I should probably have made the stock thinner.

The drawers will be graduated in height, and they are intended to slide on oak runners. I had made some oak ready for the runners, and tonight I planed them so they would fit in the grooves. Each runner is 10 mm high and approximately 11 mm wide (I didn't measure them). I still need to make 2 before being finished with them.
My idea is to simply nail them in place, to avoid any wood movement issues. They fit snugly in their grooves, so the nails wont take any load from the drawers.

I have actually made the front as well, but it seems that I have forgotten to take any pictures of it. The front was a bit of an experiment. Previously I have used mitered bridle joints for the frame, and then added a floating panel inside. I decided that this front would never see the same amount of beating that a lid on a normal tool chest, so a bit more delicate construction would be OK.
Consequently I made the front as a purely tongue and groove construction but still with a floating panel inside. I'll try to take some pictures tomorrow.

I still have a little bit of oak out here, so I'll see if I can mange to make the drawer fronts out of it as well. Regardless of what type of finish I will use, it should give a nice contrast to the ligher coloured spruce. 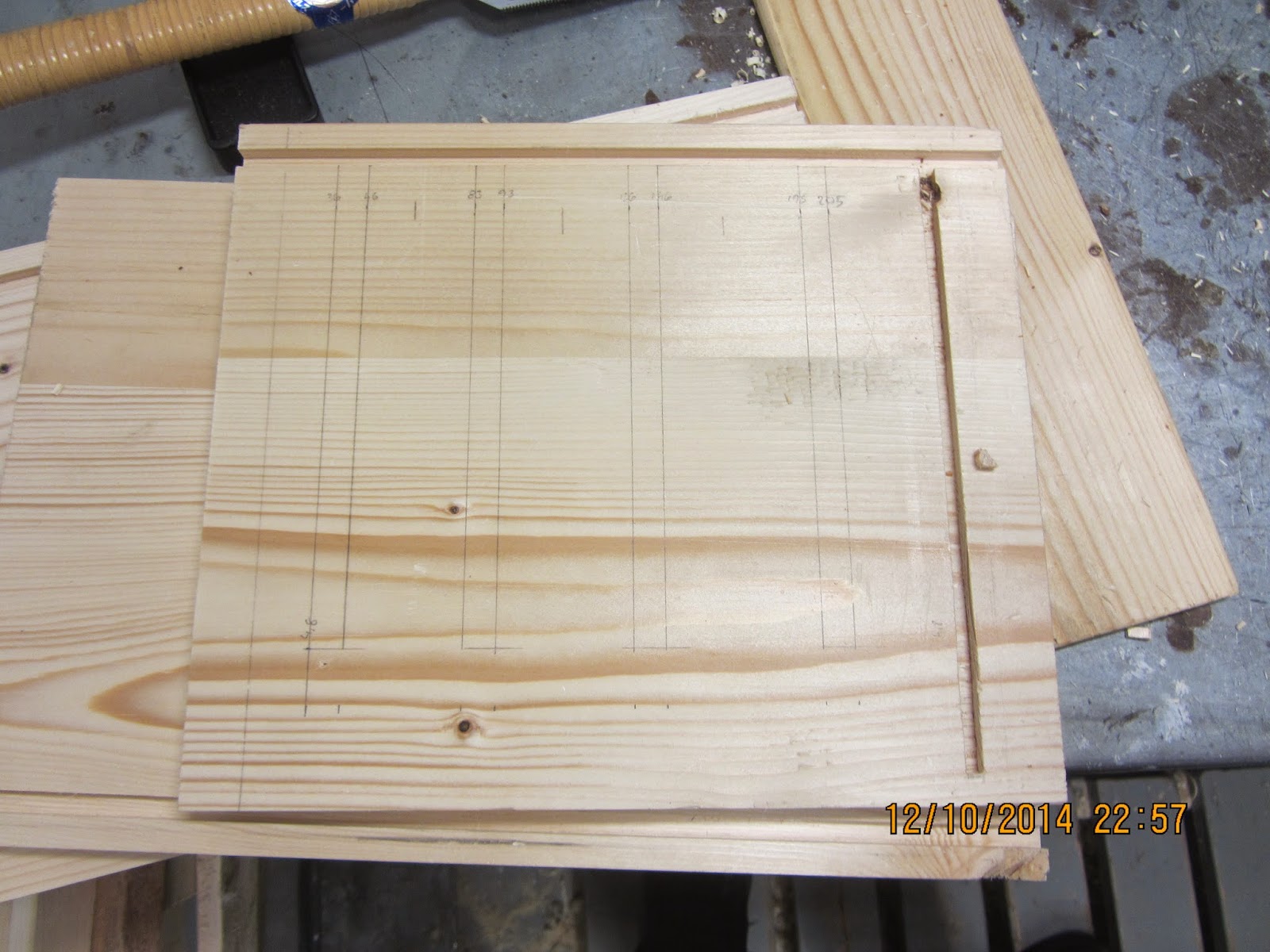 Layout lined for drawer runners. groove for the front is done. 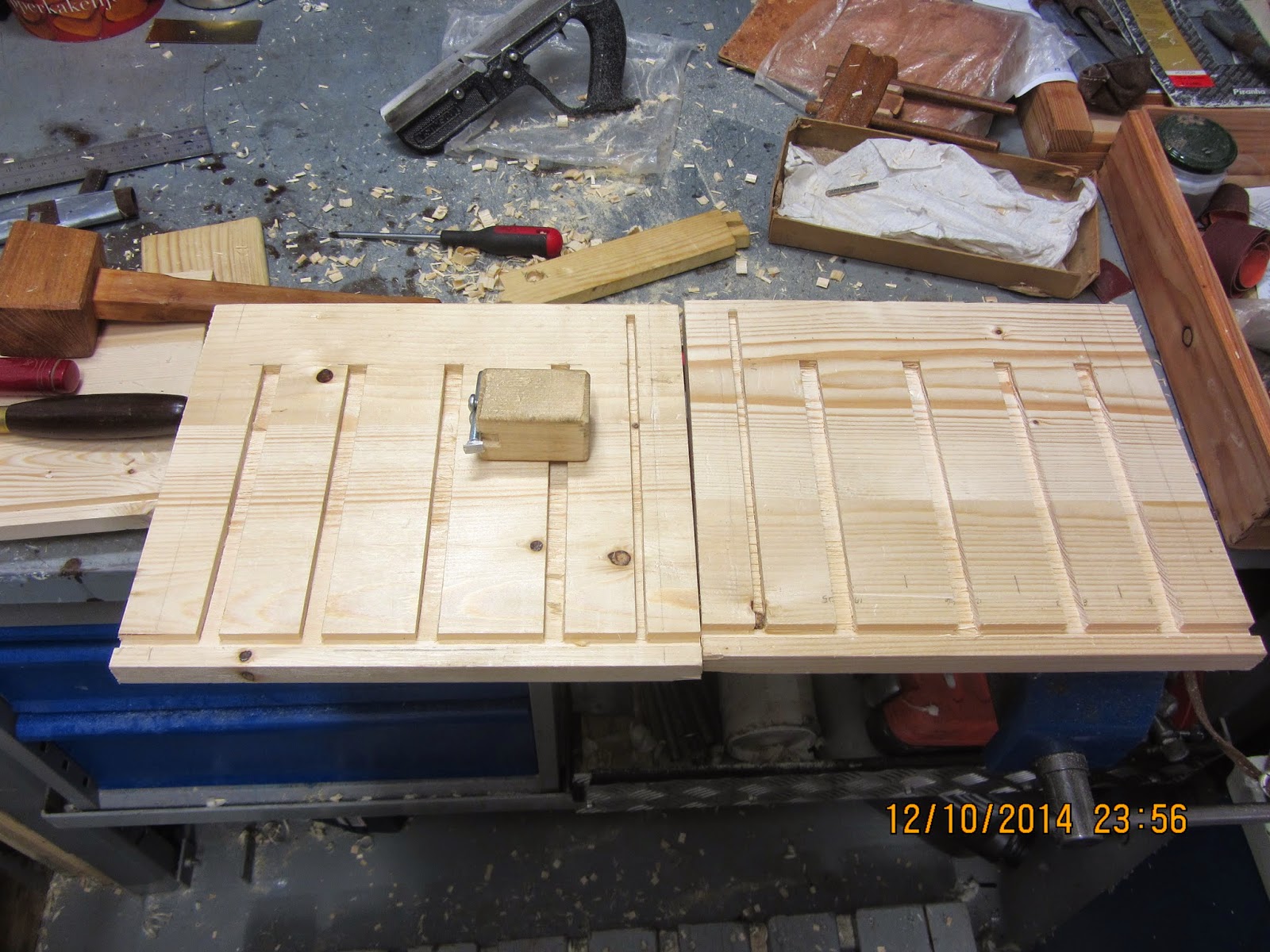 Sides complete with all the grooves. 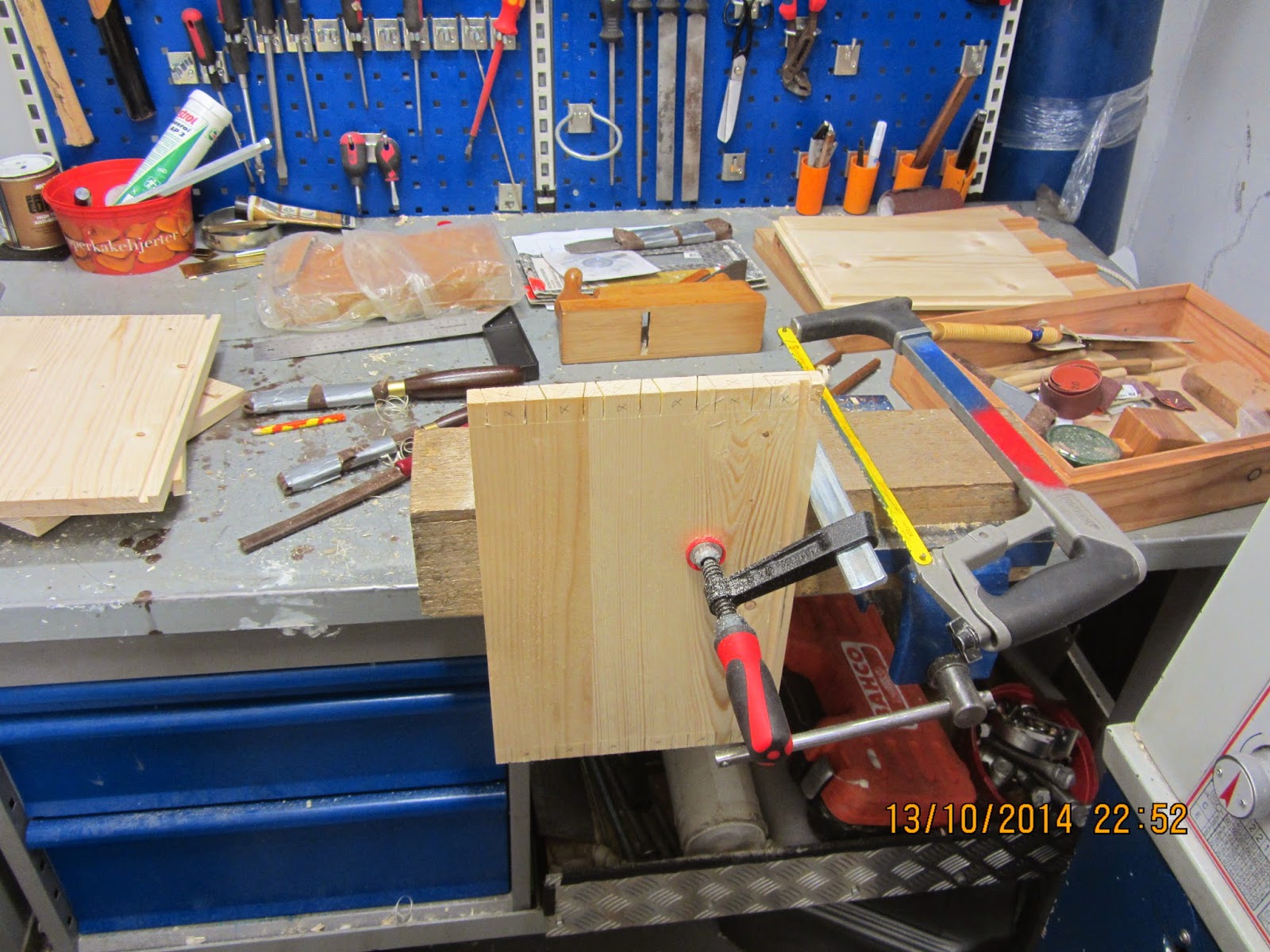