This post was actually going to be about finishing the bottom drawer, and making some more drawers. But since my drawer stock has gone inter galactic WARP 1+ 2, I had to think of something else instead - The fall front.

As far as I have been able to see on pictures of Gerstner chests, and on their home page, they use some sort of bracket for the fall front mechanism.
Hardware is fine for me, but I didn't feel like making any for this project. Besides there had to be another solution.

Drilling a hole in each side and putting a dowel there was my first idea. The problem with this route is the fact that the dowel needs to be placed very low on the front, so the drill would likely wander off through the side. There was also the problem of how to get the front in place, and then plug in the dowels. There was no way I could tilt the front and still make contact with the dados for the hinge dowels.

Yesterday I had a revelation (OK maybe just a bright moment..), and today I tried it out in real life:
I made a groove in the bottom of the front.
Next I planed a small stick that fitted tight into the groove. I drilled some small pilot holes for the screw itself, and some bigger holes for the heads of the screws, so they could be sunk below the surface. That way I could finish the stick by planing it while it was in the correct position. That ensured a level surface with the front.

I then trimmed the ends of the stick to the correct length i.e. a little shorter than the depth of the dado where it would end up running.

The final step was to round the two protruding ends so they would fit in the dado. I used a chisel for the initial rounding and a piece of sandpaper for the final touch.

I unscrewed the dowel stick, and inserted it in the case of the tool chest. Then I brought up the lid to the stick and screwed it back into the front again.
The great thing about this approach is that:
1) It works.
2) It is cheap.
3) It is repairable

A thing that seems to be unrepairable though is the stock for my drawers. I have reached a conclusion, that I'll take the project with me home, and then I will make some drawers of some stock that is more stable. I could also go the spruce way for drawers, but I don't feel like doing that So I'll probably make the drawers out of some elm at home one day. 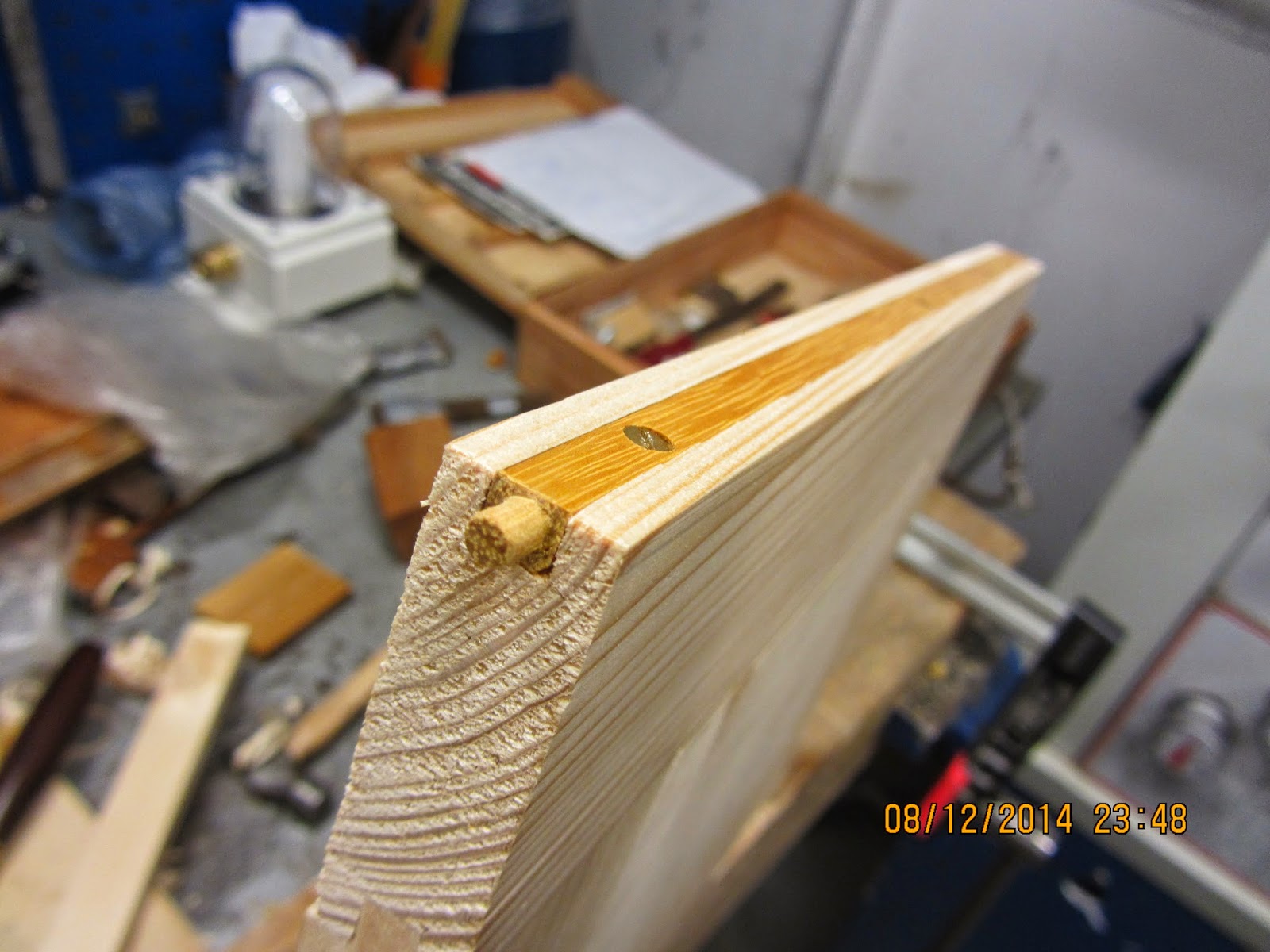 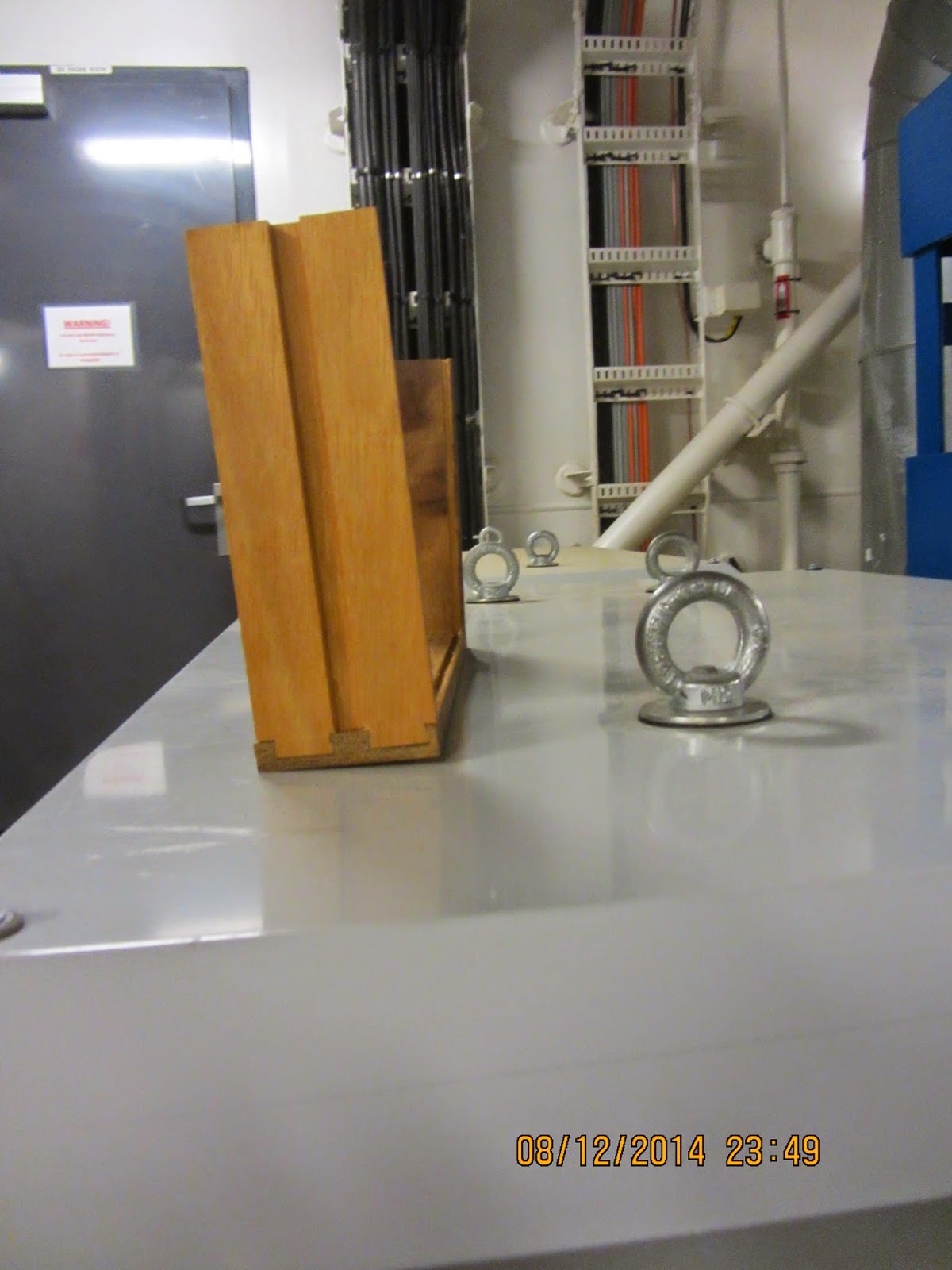 The warp of the bottom drawer. 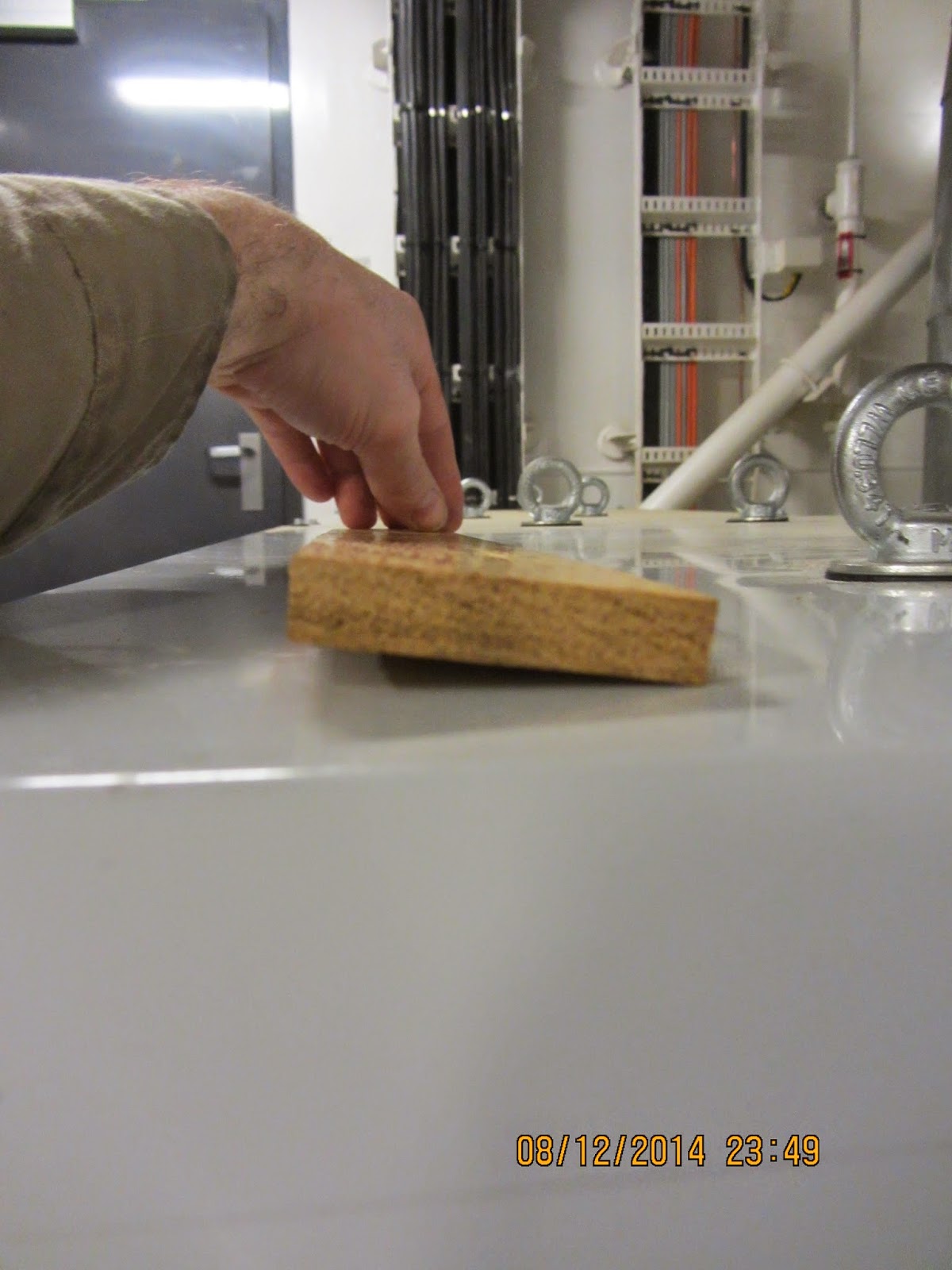 More warp on the next drawer front.