Making an infill plane from scratch 6, assembling the body.

I bolted the two sides together to be able to dress the edges evenly on both pieces at the same time.
There was a little bit of metal left from the sawing, but all in all it went pretty fast.

This was where the exiting part started. There wasn't really much more I could do except trying to assemble the pieces.
The sides went on with a few taps from a plastic faced hammer, and then it was a question of mustering a bit of courage and start peening the metal.

A couple of small clamps would have been nice, but we haven't got any on this ship, so I found a pair of pliers that could work for the initial holding.
The side that was to be peened was mounted securely in the vice, and I started hammering.
I had no idea if I had hammered adequately, too much or too little, but I could feel that the side had become attached to the sole. After peening all the tails, I was astonished by how solid the plane felt. Like one single unit.
I peened the protruding pins a bit as well for good measure, and then it was back to more sawing and filing..

After quite a bit of work, the plane no longer looked like a hammering exercise, but more like a plane body.
I discovered a few places where the dovetails were not as tight as I would have liked them to be, but overall I am happy with the result.
There is still a long way to go to make it a shiny plane, but at least it has got the shape. A belt sander would have come in pretty handy, but lacking one, a file can still do the job.

I would like to thank Peter McBride for an excellent page with a bunch of useful information on building infill planes. I am sorry that I have forgotten to mention that site before, but it has been a great source of inspiration for this project. 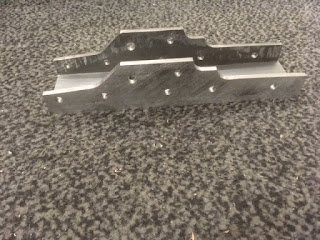 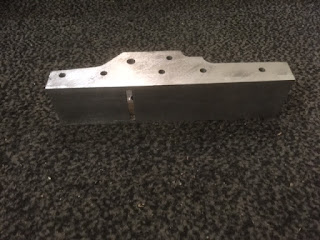 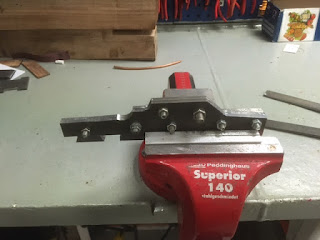 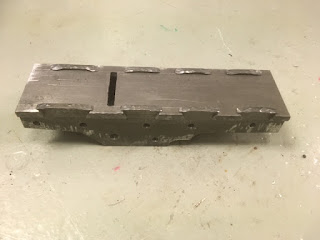 After peening the metal.