Making an infill plane from scratch

I don't often make tools, and if I do they are mostly some quick dirty solutions that are just needed for one special operation.

My friend Brian Eve over at Toolerable often have great ideas like "the June chair build" etc.
He once suggested that we made an IPBO (Infill Plane Build Off), where we would simultaneously build an infill plane and blog about it.
I decided that I couldn't wait anymore, so I am just going to start building an infill plane from scratch out here.
Brian and anyone else interested in building any type of infill plane are more than welcome to join in. It doesn't matter if it is made from a kit, or from scratch or a remake, it can be a rabbet, a smoother or a panel plane etc.
If you are building one, leave a comment with the address to where you are documenting/describing your build, and I'll post it here so people can see how everyone is doing.

Actually my build won't be completely from scratch, since I brought a plane iron with me for the bild.
It is an old E.A. Berg iron that was in a box I bought filled with all kinds of planes. Most of the planes were incredibly crappy, so the deal itself was not that good for me, but this could potentially make it better.

I have looked at various planes for inspiration, and I have a rough idea about how I would like it to end up looking. I would have preferred brass for the sides, but we haven't got any brass like that out here, so I'll try to make it out of some regular flat steel bar.
My newly purchased bubinga will be used as infill material. Once I get that far, I'll see what I can come up with to use as lever cap , and I might make some sort of Norris style adjuster as well.

My plan is to first get the iron cleaned up,and then I need to start making some sketches and eventually settle on a design. 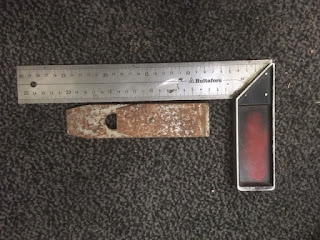 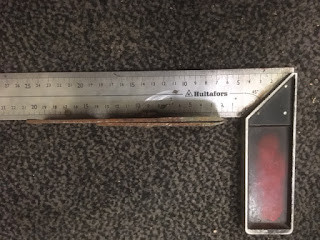 The lower part is hard steel, the upper part softer. 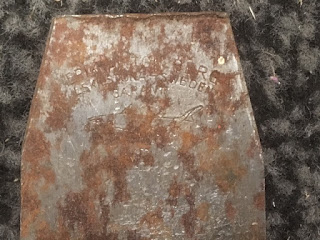