We have recently acquired 2 rabbits. Asger (7) originally wanted one rabbit, but we decided that it was probably a bit lonely, so one day after getting the first rabbit, we acquired another one. They are mother and daughter, so they get along very well.

As described in the previous post, I acquired some elm, and one of the trunks had some rot in the top. I had cut the rotten branch into 12" sections, and I was planning on making them into fire wood.

In order to activate the boys, I suggested that they removed all the rotten spongy dead wood and made those hollow pieces of wood into a tunnel for the rabbits.

That seemed like the magic word. In no time there was spongy rotten elm all over the place and they were hacking away using different kinds of tools.
The rotten wood gave way easily and they really liked the speed of the project and that they could see some clear progress.

Once finished, the elm tunnel was installed in the stable for the rabbits to play in.

Lessons learned:
Children don't mind rotten spongy wood, in fact they think that it is an advantage above normal wood.
Rabbits like tunnels made out of elm.
Children normally disappear before it is time to clean up the accumulated waste from the project.

All in all a good and quick project :-) 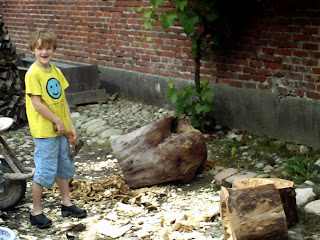 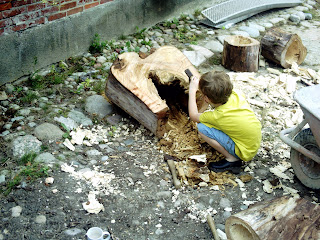 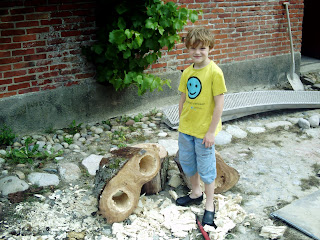 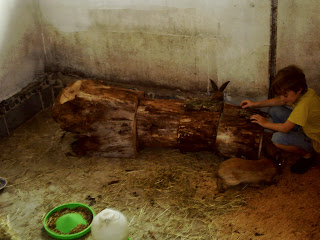 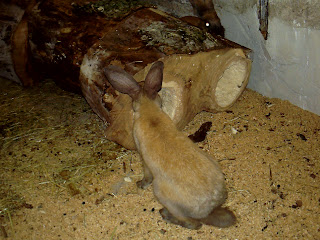 Curious inhabitants.
Posted by Jonas Jensen at 4:42 AM